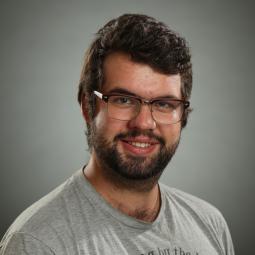 
William McNeice joined the Metal Earth team in 2017 as a Masters student. While his main focus is on physical rock properties, he often tries to be involved in as many components of the geophysical aspects of Metal Earth. Collaboration is his bread and butter when it comes to learning new things.

William graduated with an honors bachelor of science from the University of Toronto with a specialization in geophysics. During his undergraduate degree he was fortunate enough to be involved in many research projects such as an excursion to the Yukon and combining geophysical and remote sensing data to identify potentially new geological structures and mineralization in central British Columbia. As an MSc working as a part of the Metal Earth project he is currently assisting in collecting and compiling physical rock property data including magnetic susceptibility and density. His research involves studying the relationship between outcrop-scale magnetic susceptibility data and those derived from airborne magnetic data. He has many hobbies, but what he spends most his free time on is dreaming of brewing his own alcoholic beverages and researching historical mine data in eastern Canada from mindat.com.